It takes a lot of courage and commitment to write an essay on this “itchy” topic. It feels as if I am writing something illegal that I might go to jail for writing it, or like my reputation is at stake or something. Maybe it is partly because I am not a skillful psychologist or maybe I do not yet have enough knowledge about this subject which makes me less confident. These agitated feelings remind me of a movie character from “The Help”, an Oscar-winning movie. The Help is a very good movie, depicting the discrimination that the Black Americans suffered back in the history. Skeeter, the main actress had to write a book on the life of the Black Americans. So she needed to meet some Black Americans and interview them relating to their feelings towards the White people. What I was trying to tell you here is that I am feeling as nervous as Skeeter would have been. The thing is I do not live in America, or Europe where most people are liberal about homosexuality or even approve of the existence of gay societies. I live in Myanmar where majority of people are reluctant to talk about this kind of topic since this gay issue is almost like a taboo. And if someone came up with a topic like this, they would rather refuse to have the conversation. Nevertheless, I am fearless enough to have chosen to write an essay on homosexuality.

Most of us fail to understand why anyone would want to engage in homosexual activity. To the average person, the very idea is either puzzling or repugnant. Indeed, a recent survey indicated that only 14% of men and 10% of women imagined that such behavior could have any “possibility of enjoyment.” The peculiar nature of homosexual desire has led some people to conclude that this urge must be innate: that a certain number of people are “born that way,” that sexual preferences cannot be changed or even ended. Or did the homosexual people learn to be that way, rather than being born that way? We will find out together through this argument essay.

Before stating the counter arguments, let us take a look at some experiments done on the homosexual people. Scientists have long debated whether homosexuals are born or bred. Ongoing research by neuroscientists at the Karolinska Institutet, one of Europe’s largest medical universities in Stockholm, Sweden, presents more evidence for the former (born this way) being the case. Homosexuality has gone from being once classed as a mental illness to being regarded as either a sin or an acceptable variation of human behavior. Whatever your view, research in this area points to a biological origin for homosexual behavior. In the Swedish study, the scientists exposed heterosexual man and women as well as homosexual men to naturally-occurring chemicals containing male and female sex hormones. Both groups were asked to sniff male sweat which contains the male sex hormone testosterone. In addition, female urine was used as it contains an estrogen-like compound. The participants then underwent brain scans to determine brain activity as a result of sniffing these substances.

Interestingly when all subjects smelled substances such as lavender or other natural or chemical-based entities, their brains, irrespective of sexual orientation, showed a reaction in the part of the brain that handled smell. However, when male sweat and female urine entered the picture, all that changed. A different physiological response was noted. After sniffing male and female sex hormones, the hypothalamus, a region of the brain responsible for many basic functions, including sexual response, differed significantly between gay and straight men. When the testosterone-based male sweat was offered to all group members, the hypothalamus was activated in the brains of heterosexual women and homosexual men, indicating a pronounced sexual response. There was no response in heterosexual men. In short, straight men were not turned on by male sweat, but straight women and gay men were.

Conversely, the estrogen-based compound in female urine activated the hypothalamus of heterosexual man but not homosexual men. Thus the gay participants were not affected sexually by the smell of female sex hormone. What is this experiment telling us? This is conveying that the homosexuality is innate. Do you agree with it? Well, do not make a hasty decision yet. We will go further into details.

Are homosexual proclivities natural or irresistible? At least three answers seem possible. The first, the answer of tradition, is as follows: homosexual behavior is a bad habit that people fall into because they are sexually permissive and experimental. This view holds homosexuals choose their lifestyle as the result of self-indulgence and an unwillingness to play by society rules. The second position is held by a number of psychoanalysts (e.g., Bieber, Socarides). According to them, homosexual behavior is a mental illness, symptomatic of arrested development. They believe that homosexuals have unnatural or perverse desires as a consequence of poor familial relations in childhood or some other trauma. The third view is “biological” and holds that such desires are genetic or hormonal in origin, and that there is no choice involved and no “childhood trauma” necessary which will become our second argument.

So the first argument would be that homosexual behavior is learned. The following seven lines of evidence support such a conclusion. No researcher has found provable biological or genetic differences between heterosexuals and homosexuals that weren’t caused by their behavior. Occasionally you may read about a scientific study that suggests that homosexuality is an inherited tendency, but such studies have usually been discounted after careful scrutiny or attempts at replication. No one has found a single hereditable genetic, hormonal or physical difference between heterosexuals and homosexuals – at least none that is replicable. While the absence of such a discovery doesn’t prove at inherited sexual tendencies aren’t possible, it suggests that none has been found because none exists.

People tend to believe that their sexual desires and behaviors are learned. Two large studies asked homosexual respondents to explain the origins of their desires and behaviors – how they “got that way.” The first of these studies was conducted by Kinsey in the 1940s and involved 1700 homosexuals. The second, in 1970, involved 979 homosexuals. Both were conducted prior to the period when the “gay rights” movement started to politicize the issue of homosexual origins. Both reported essentially the same findings: Homosexuals overwhelmingly believed their feelings and behavior were the result of social or environmental influences. In a 1983 study conducted by the Family Research Institute (FRI) involving a random sample of 147 homosexuals, 35% said their sexual desires were hereditary. Interestingly, almost 80% of the 3,400 heterosexuals in the same study said that their preferences and behavior were learned.

While these results aren’t conclusive, they tell something about the very recent tendency to believe that homosexual behavior is inherited or biologic. From the 1930s (when Kinsey started collecting data) to the early 1970s, before a “politically correct” answer emerged, only about 10% of homosexuals claimed they were “born that way.” Heterosexuals apparently continue to believe that their behavior is primarily a result of social conditioning.

There is evidence that homosexuality, like drug use is “handed down” from older individuals. The first homosexual encounter is usually initiated by an older person. In a case study, 64% of the respondents claimed that their first partner was someone older who initiated the sexual experience. How this happens is suggested by a nationwide random study from Britain: 35% of boys and 9% of girls said they were approached for sex by adult homosexuals. Whether for attention, curiosity, or by force, 2% of the boys and 1% of the girls succumbed. In the US, 37% of males and 9% of females reported having been approached for homosexual sex (65% of those doing the inviting were older). A quarter of homosexuals have admitted to sex with children and under-aged teens, suggesting the homosexuality is introduced to youngsters the same way other behaviors are learned – by experience.

Kinsey reported “less homosexual activity among devout groups whether they be Protestant, Catholic, or Jewish, and more homosexual activity among religiously less active groups.” The 1983 FRI study found those raised in irreligious homes to be over 4 times more likely to become homosexual than those from devout homes. These studies suggest that when people believe strongly that homosexual behavior is immoral, they are significantly less apt to be involved in such activity.

Many engage in one or two homosexual experiences and never do it again–a pattern reported for a third of the males with homosexual experience in one study. And then there are ex-homosexuals – those who have continued in homosexual liaisons for a number of years and then chose to change not only their habits, but also the object of their desire. Sometimes this alteration occurs as the result of psychotherapy; in others it is prompted by a religious or spiritual conversion. Similar to the kinds of “cures” achieved by drug addicts and alcoholics, these treatments do not always remove homosexual desire or temptation. Whatever the mechanism, in a 1984 study, almost 2% of heterosexuals reported that at one time they considered themselves to be homosexual. It is clear that a substantial number of people are reconsidering their sexual preferences at any given time.

And if homosexual impulses are not inherited, what kinds of influences do cause strong homosexual desires? No one answer is acceptable to all researchers in the field. Important factors, however, seem to fall into four categories. As with so many other odd sexual proclivities, males appear especially susceptible:

Family abnormality, including the following:

It is said that homosexuality and choice are closely related. When answering the question of “Is homosexuality a choice”, one has to consider that homosexual acts between consenting adults are, by definition, done by choice. In addition, according to the Bible and Christian ex-homosexuals, homosexuality is a sinful choice (I Corinthians 6:9-11). Also, in 2012 ABC News reported concerning actress Cynthia Nixon: “Cynthia Nixon stands by her statement that she is gay by choice, despite the backlash she’s received from members of the gay community.” 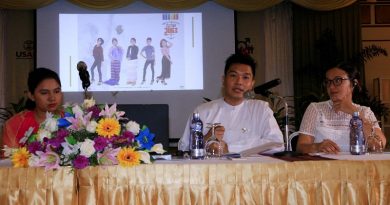 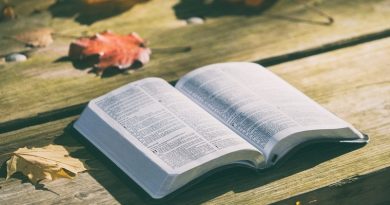 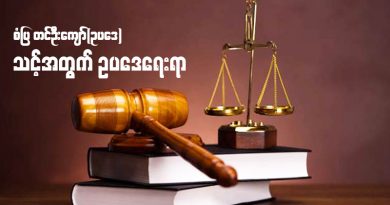 Working for Equal Rights: LGBT people in Myanmar and the USA