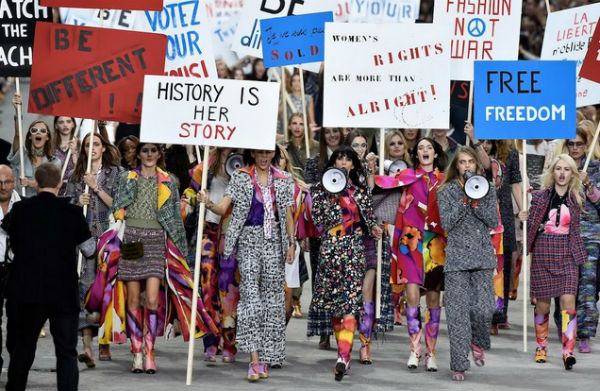 In the United States, there has long been a debate between feminists and trans women over whether to include trans women in feminist movements. In a society in which women are continually oppressed, to what extent should transwomen be seen as equals within the feminist community? Can someone be both transgender and feminist? Or,are trans women committing an act of violence against women when they change their bodies? How can transwomen really understand what it is to be a woman, if they cannot bear children, menstruate, etc.? These questions have sparked a heated debate, even a fight, between various factions of the feminist community. On the one hand, it seems hateful to exclude transwomen from feminist circles, especially because trans women are some of the most vulnerable minorities in the U.S. It also feels contradictory: feminism is based upon equality, so, by denying trans women the ability to join the movement, feminists are practicing inequality. But on the other hand, shouldn’t females born as females have spaces of their own? Don’t they have experiences that no one else can understand, not even transgender, and thus deserve to define themselves along these lines?

Trans women have a lot less power than women. In the U.S., trans women face a lot more persecution than women, and have a lot less formal equality.[1] In 32 out of 50 states, for example, it is still legal to fire someone for being trans, and a 2011 National Transgender Discrimination Survey found that 47 percent of respondents experienced negative job outcomes (e.g., getting fired, wage discrepancies, etc.), because they were gender non-conforming.[2]It’s no surprise, then, that a recent survey found that 41 percent of transrespondents had attempted suicide.[3] It is also common knowledge that trans women of color face the most amount of police abuse, and harassment in general, among the LGBT population. Trans women are the most visible sexual minority, which explains why they are so easily targeted. So it is clear that although women still face many problems in American society, their level of suffering cannot be compared to the plight of trans women.

This dispute isn’t new. It began more than 40 years ago, when, in 1973, the West Coast Lesbian Conference split over a performance by the transgender singer, Beth Elliott.[4]The keynote speaker, Robin Morgan, accused Elliott of being, “an opportunist, an infiltrator, a destroyer—with the mentality of a rapist.”[5]Despite this hostility, Beth Elliott performed, and then left the remainder of the conference.[6] Morgan’s speech was the first time that transgender women had been publicly shamed in feminist circles. Robin Tyler, a feminist comedian who attended the conference, said that, “when Beth went on stage to play her guitar and sing, [TERFs] started threatening her. Patty [Harrison] and I jumped on stage and we got hit, because they came onto the stage to physically beat her.”[7] “TERFs” refers to “trans-exclusionary radical feminists,” who are different from other feminists because they actively exclude trans women. The fight over Beth Elliott was just the beginning of the debate between feminists and TERFs over the inclusion of trans women.

Sheila Jeffreys, a writer and scholar, is perhaps the most prominent TERF. Though Jeffreys sees female-to-male (FTM) transitioning as understandable—women want to gain the same privileges as men—she believes that men become females because they are sexually aroused at the thought of having breasts and a vagina.[8]In her recent book, Gender Hurts: A Feminist Analysis of the Politics of Transgenderism, Jeffreys argues that a) women are oppressed because of their sex, and gender is used to subordinate women to men, b) “transgenderism” is used to reinforce traditional gender roles, and the medical industry profits from therapy, hormone replacement, and surgeries, and c) “transgenderism” allows men to sabotage feminist movements by infiltrating them.[9]Jeffreys writes that “transgenderism” is a “directly political, medical abuse of human rights” and that “the mutilation of healthy bodies…violates such people’s rights to live with dignity in the body into which they were born.”[10] According to Jeffrey’s, “transgenderism” isn’t only bad for women, it’s bad for trans people, too.

The Michigan Womyn’s Music Festival, or “MichFest” (“womyn” is a term that certain feminists use because they don’t want to be associated with the word“men” in “women”), has been a major controversy in trans and feminist circles since they began excluding trans women from the event. Michfest is a week-long music festival in which women sleep, eat, and cook together. [11]But Michfestis notorious amongst trans women because it is for “womyn-born-womyn” only.[12] Controversy arose when Nancy Burkholder, a Michfest attendee, was asked to leave because she was a trans woman. In an interview with The Transadvocate, Burkholder remembers that she had driven 1,050 miles nonstop in her car to attend Michfest, and that the festival producers asked her to leave, not even letting her retrieve her own belongings.[13] “My mind was blank, my body absolutely still as I became aware of the emotional devastation that I felt inside,” Burkholder recounts.[14]CampTrans, a protest camp near Michfest, was set up in 1994 in response to the discrimination against trans women at the event. Tension heightened when Michfest’s kitchen-tent was vandalized, with a six-foot penis spray-painted on the side with the words, “Real Women Have Dicks.”[15] In 2014, Equality Michigan, a statewide LGBT group, formed a petition that several national LGBT organizations signed, which asked Michfest to change its rules.[16] Amidst this controversy, the festival will officially discontinue in 2015, signaling that trans women may be winning the debate.[17]

Much of the conflict between TERFs and other feminists lies in the difference between sex and gender. TERFs place importance on sex, that men and women only exist because of their reproductive functions, while other feminists place importance on gender—the “behavioral, cultural, or psychological traits typically associated with one’s sex.”[18]Judith Butler is an American philosopher and gender theorist who argues for the second trait: gender. Butler is founder of a discipline called “Queer Theory,” which argues that sexuality is something that constantly shifts depending on the cultural and historical context.[19]In an interview with Transadvocate, Butler states, “I have never agreed with Sheila Jeffreys…and for many years have been on quite the contrasting side of feminist debates.”[20] In her book, Gender Trouble, Butler sets forth her theory of “gender performativity,” in which she argues that gender isn’t something that we’re born with, but something that we perform every day. This “performance” is sustained by a collective agreement, and the punishment for performing a different gender can be severe: social ostracization, police violence, job discrimination.

Thus, according to Butler, feminism should embrace trans people—if gender is a performance, then the category of “woman” is a mere fiction. Women are only women because they act like women. By excluding trans women, feminists are reaffirming the very separation that created their oppression in the first place. Rejecting the category of “woman” as the basis of feminism is therefore a way to account for the fact that gender is itself not innate.In response to Jeffrey’s comment that trans women “mutilate” their bodies, Butler argues that “nothing is more important for transgender people than to have access to excellent healthcare in trans-affirmative environments, to have the legal and institutional freedom to pursue their own lives as they wish, and to have their freedom and desires affirmed by the rest of the world.”[21]Butler’s critics have argued that rejecting the category of “woman” poses its own problems: how do feminists fight for their rights if they don’t have a unifying identity? Every movement, after all, needs a way to define itself. Without that clear identity, what do feminists stand for?

In the end, it seems that the trans community is winning the debate. The media has played a huge role in this process. After the widely publicized transition of Kaitlyn Jenner (formerly Bruce Jenner), the Olympic athlete whose sexy photos graced the cover of every major tabloid magazine, the public has become much more accustomed to transgender identity.  The new form of feminism—“Third Wave Feminism”—with its emphasis on gender rather than sex, offers a space for trans women  that “Second Wave Feminism”—the type of feminism that Sheila Jeffreys, Robin Morgan, and others ascribe to—didn’t. With trans issues becoming more visible, with the public learning an increasing amount about their plight, it is becoming more and more antiquated to argue that feminism is for “womyn-born womyn” only. The public’s favorable response to Kaitlyn Jenner’s transition, and their receptivity to hearing abouttrans issues bodes well.

Of course, some argue that the public’s reaction to Kaitlyn Jenner’s transition is regressive rather than progressive, sexist rather than feminist; people appreciate her only because she is beautiful, rather than for her intelligence, or any other quality. Others could argue that this reaction is also transphobic: trans people are only valued by society insofar as they are able to mimic the opposite sex, and are thus held to an unfair standard. Shouldn’t we, as a society, reject these narrow definitions? Would Kaitlyn Jenner have been as well-received had she looked more like a man? The same can be said of any minority: they are valued based upon certain criteria decided by the majority—gays for their ability to dress stylishly or act “masculine,” lesbians for their sex appeal, black people for their athletic capabilities. No one is valued simply for being human. TERFs clearly do not value trans women as human beings. If they did, this debate would be finished. History, it seems, may or may not play out in trans women’s favor. 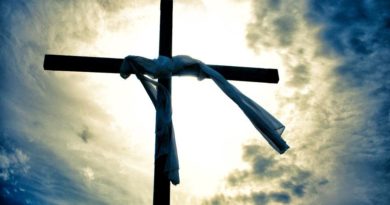 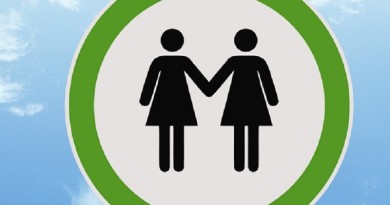